From Dick's Desk
4084 Hits
This year’s Boatyard Beach Bash at and for the Annapolis Maritime Museum on Saturday, September 20 was pretty amazing.  It was a beautiful night and over $50,000 was raised to support AMM’s rich educational programs.  We had four of Jimmy Buffett’s Coral Reefer Band – lead guitarist Peter Mayer and his son Brendan, band leader and keyboardist Mike Utley (“Mister Utley”) and pedal steel guitarist Doyle Grisham - the one Coral Reefer who has been on all of JB’s albums since his first in the 1970s (btw all of JB’s 1970s album covers hang in the Boatyard vestibule - if you haven’t noticed).  The Coral Reefers joined the John Frinzi Band.  Peter and Brendan were on a mini tour with our close friend Scott Kirby. The three of them had just played at the Stephen Talkhouse near Montauk, Long Island (very close to Paul McCartney’s home there (am I music groupie or what?).  While there Peter, Scott and Brendan fished with my Montauk guide, Bryan Goulart, and visited with Jimmy Buffett who was surfing.  See pictures below of Peter and Brendan at Beach Bash – the father-son team playing with Scott moved everyone......also a shot of all four Choral Reefers with John Frinzi.  For more photos visit the Boatyard Beach Bash under Events on our web site.  And please come to the sold out event next year- but don’t wait to buy your tickets please. 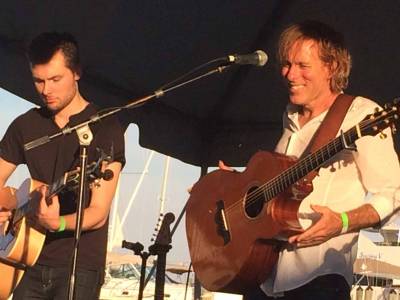 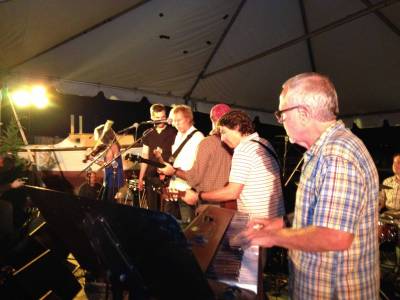 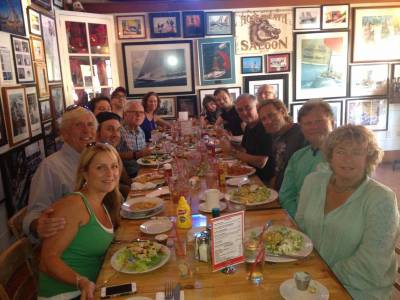 Here's a few pix of this past Full Moon party at the Boatyard.  It’s always on the Thursday eve closest to the Full Moon date.  We alternate between the D’vibe & Conga and the Shatners - lots of dancing...........specials on Mt Gay rum and certain beers.  Come howl! 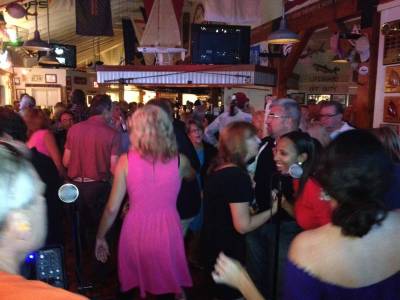 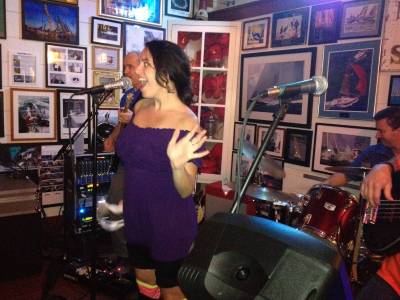 Today is the last day of the Sailboat Show and thanks to the Show for all it does for all local businesses.  I went by the Show and saw the Gunboats this morning.  Wow! hot or what?  Friend of ours bought the 55.  So cool. 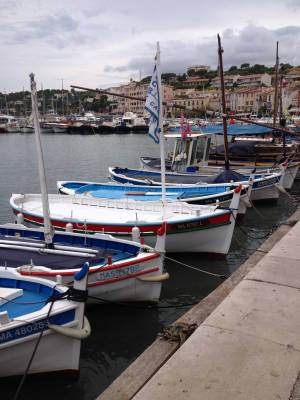 Took too short a trip to France after the Beach Bash - Paris and then drove south to Burgundy and Provence. Here is a pic from Cassis.  Very cool little port with neat little Euro boats.  Then had a great dinner in Marseille and it reminded me of the sign below about being a pirate.  Arrrg. 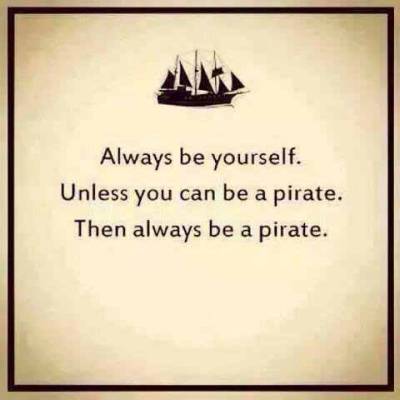 All for now. Power Boat show and then just locals.  Thanks to all for the biz and support.