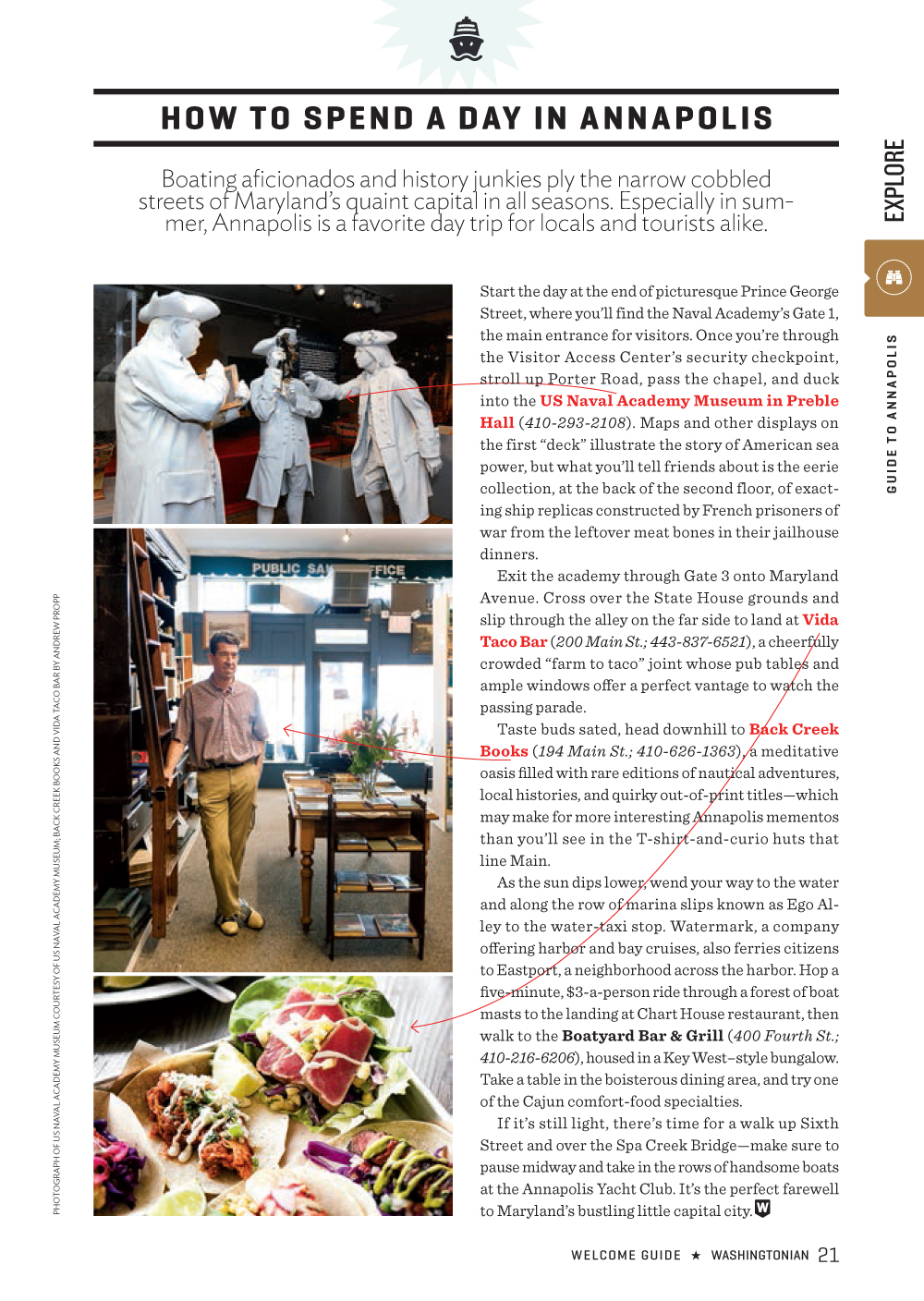 How to Spend a Day in Annapolis - the Washingtonian Welcome Guide explores a day trip to Maryland's quaint capital....be sure to stop at the Boatyard Bar & Grill for the freshest local seafood specialties and amazing crab cakes! 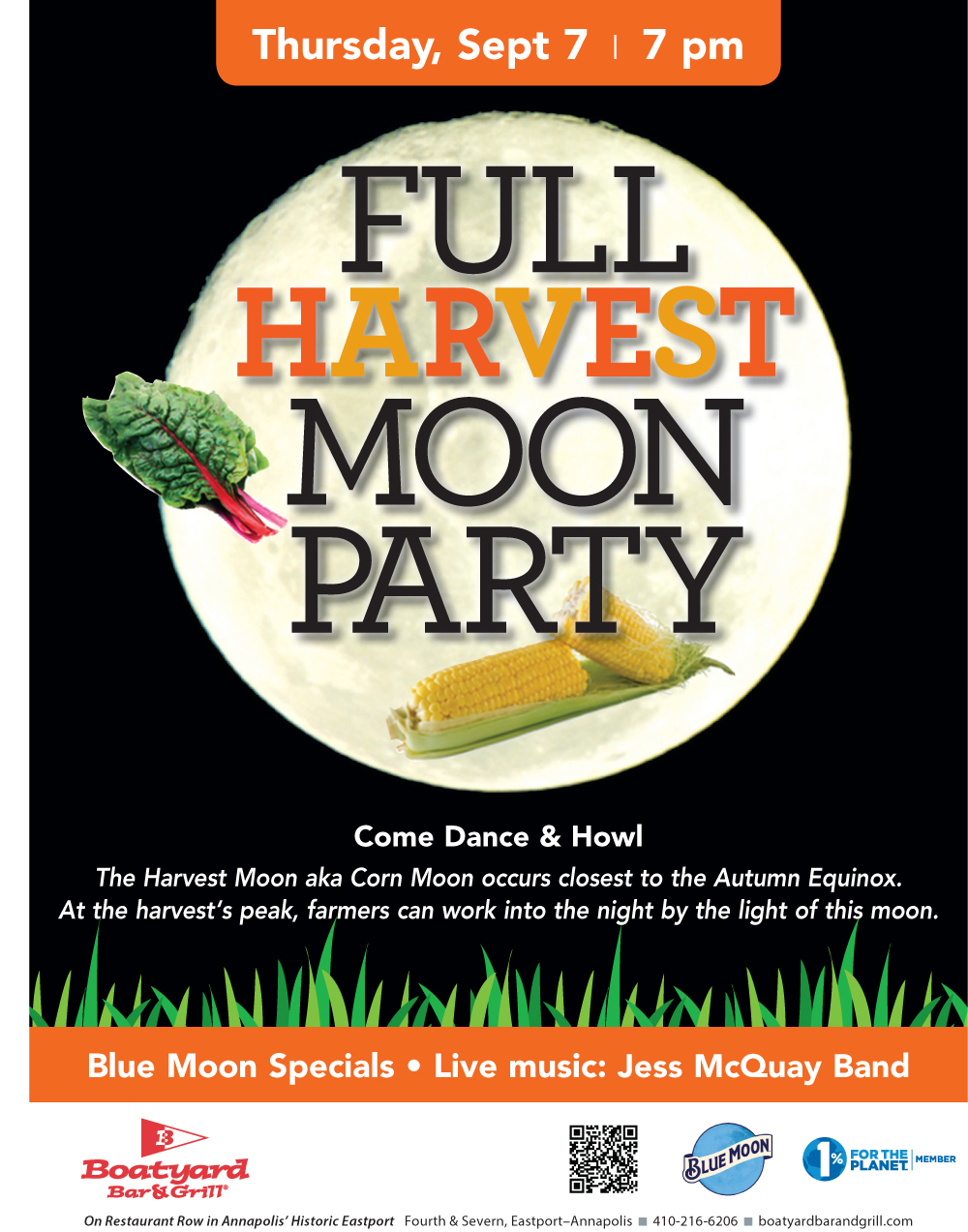 Events Bands in the Sand 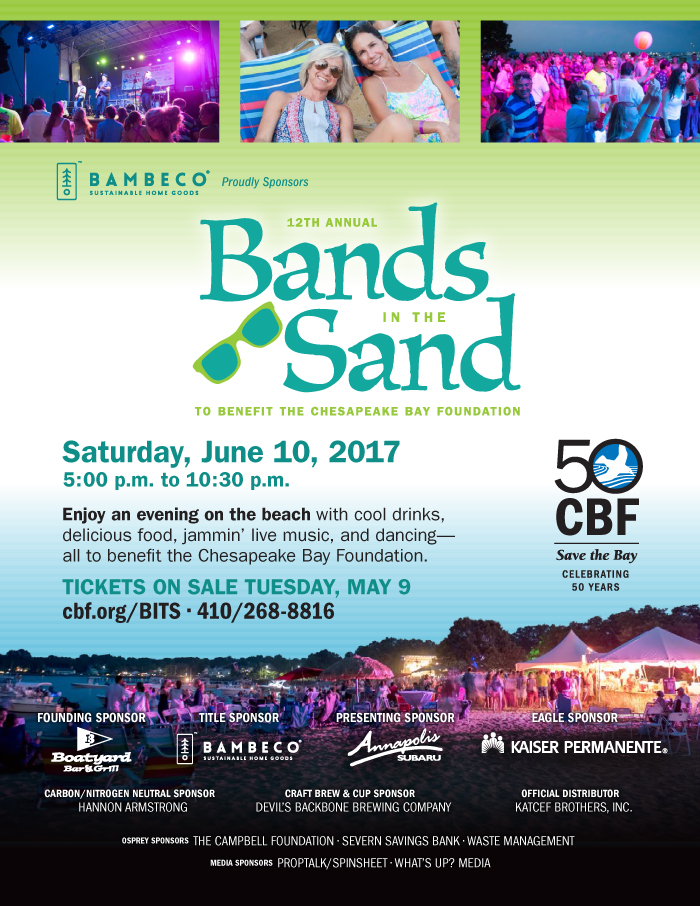 2018 will be our 13th Annual Bands In The Sand party at and to benefit the Chesapeake Bay Foundation.   Los Lobos was last year's headliner, joined by Mad Planet and Misspent Youth and the future musical line up promises to be just as stellar!

The Boatyard owner, Dick Franyo, a Trustee of CBF, saw the opportunity for the best beach party in the area while out at another event up on the porch at CBF almost a decade ago.  He said to himself “this is nice but CBF needs to have its largest fundraiser right on the beach by the Bay overlooking Thomas Point Lighthouse.”  Since he had already founded and produced the Annual Boatyard Spring Fishing Tournament and Annual Annapolis Maritime Museum Boatyard Beach Bash, he knew a lot about throwing outdoor “life-style events”.  It meant generators and wires for power under the sand, large professional stage, sound system, lighting and setting up a full kitchen right on the sand.  Dick says “the CBF team and my Boatyard staff have really stepped up and produced the very best party of the year in the area.”

The event has raised over to a million dollars for CBF.   This year our good friends at bambeco were the Title Sponsor again. “Thank you bambeco, you are truly dedicated to Saving the Bay, such a natural treasure!”

The Chesapeake Bay is a national treasure.  America’s largest estuary is worth more than one trillion dollars, home to 17 million people, and populated with iconic wildlife.  But despite some recent signs of improvement, the Bay is still a system dangerously out of balance.  Poor water quality is threatening our local rivers, streams, and the Bay; endangering the health of thousands of species of plants and animals; putting human health at risk; and deflating our region’s economy.

The Chesapeake Bay Foundation is committed to making the Bay and its rivers and streams healthy again.  And, with the help of dedicated members, we work across the six-state Chesapeake Bay watershed to do just that.  Our vision is a restored Bay with healthy rivers and clean water; sustainable populations of crabs, fish, and oysters; thriving water-based and agricultural economies; and a legacy of success for our children and grandchildren.

View the Bands in the Sand Photo Gallery