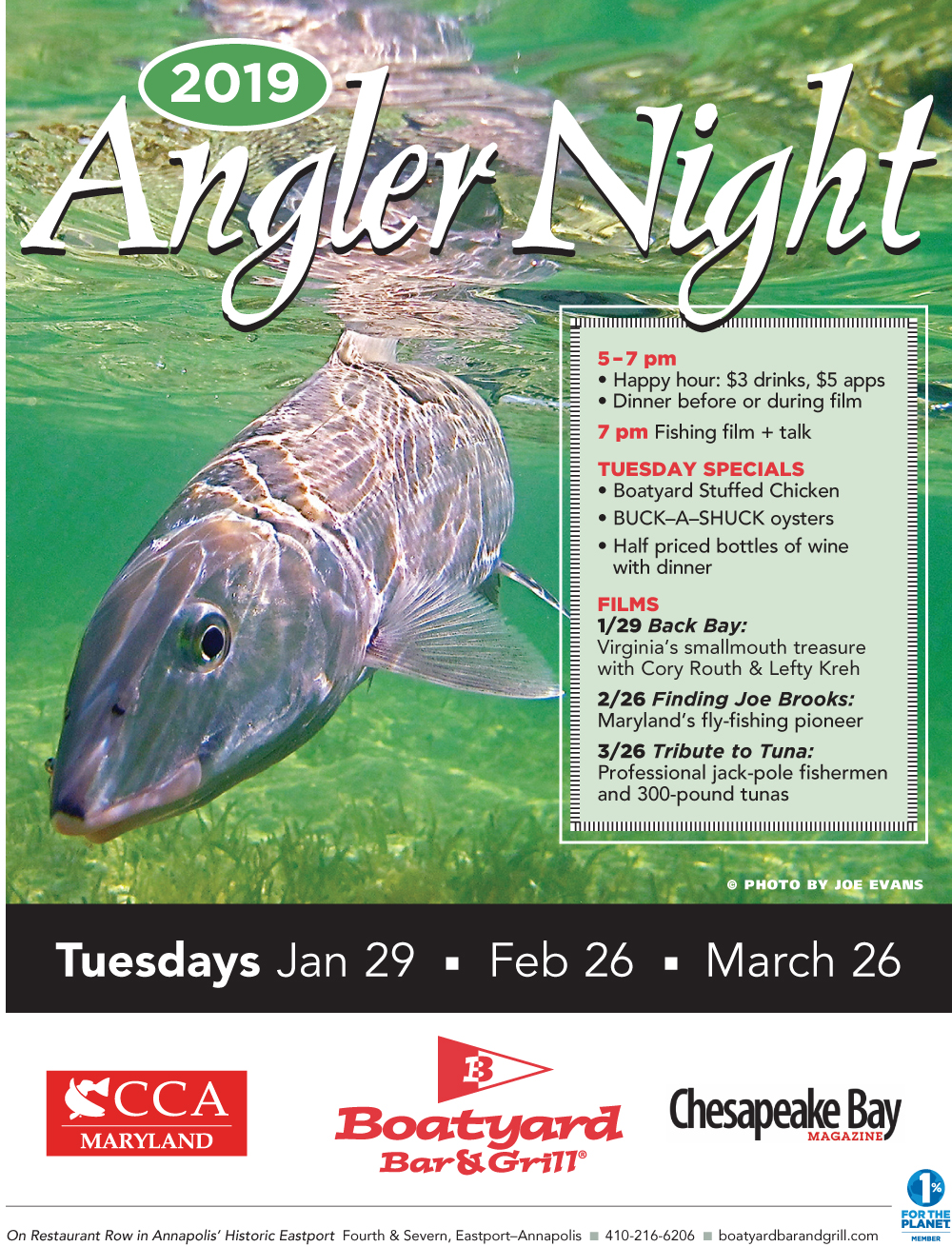 Back by popular demand and sponsored by Chesapeake Bay Magazine and CCA Maryland, Angler Nights return to the Boatyard Bar & Grill!  Swapping tales of fish fought, dynamic escapes and monumental catches, anglers and friends parlay up on the last Tuesday in January, February and March for good grog and grub with an entertaining movie.  Each passing year those fish stories take on Moby Dick proportions and keep the staff smiling for weeks!

An award-winning short film about the legendary Back Bay bass fishing inside the Outer Banks of Virginia and the efforts to recover the glory days.  Features Cory Routh, Lefty Kreh, Walt Cary........

The tale of Joe Brooks, Maryland's own fly-fishing pioneer who mentored legendary teachers and anglers such as Lefty Kreh through his writing and guidance.  Producer Michael Brooks will be on hand to introduce the film and the Joe Brooks Foundation for Conservation and Outdoor Education.

"The best selling fishing program of all time" as said by someone of this black and white film from the 1950's, Tribute to Tuna takes us from Cannery Row out to the southern tuna grounds.  There, professional jack-pole fishermen standing on racks wearing helmets heave 300-pound tunas from the feeding frenzy onto the deck, where they shake them free from barbless hooks in one deft motion - over and over.  It's rowdy!

The Boatyard is one of the 10 Most Famous Sailor's Bars in the World!